Do ‘round up’ for charity campaigns pass the pub test?

Most shoppers would have at some point been asked whether they would like to round up their purchase and donate the variation to charity.

A bit of preliminary Googling shows that feelings amongst shoppers about these campaigns seems to range from extremely positive on one end, to extremely cynical and distrustful at the other.

But how can such a simple, seemingly well-intentioned initiative lead to such divisive opinions? 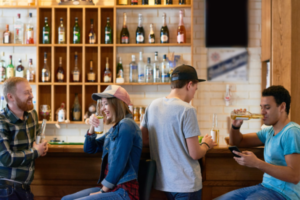 In this post, we try to answer this question and consider whether these types of campaigns pass the pub test.

Why are we looking at this issue?

We think it’s a controversial topic that deserves to be explored further.

Our motivations are to help:

1. Generally demystify some of the issues and misconceptions around ‘round up’ to donate campaigns.

2. Businesses better understand whether a ‘round up’ to donate campaign might be something they’d like to implement.

3. Shoppers understand how ‘round up’ to donate campaigns work and to help bridge any perceived or actual trust gap that exists between shoppers and businesses that implement such campaigns. 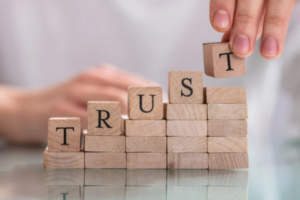 4. Charities understand whether ‘round up’ to donate campaigns are worthwhile pursuing or whether their resources might better be directed elsewhere.

5. Show businesses, charities and shoppers that there might be better alternatives to conducting a ‘round up’ to donate campaign.

Roundify is a platform that helps businesses give back to charities through the simple act of rounding down (instead of up) at the checkout. We started our platform partly as a reaction to the proliferation of ‘round up’ to donate initiatives that predominantly rely on the generosity of shoppers. 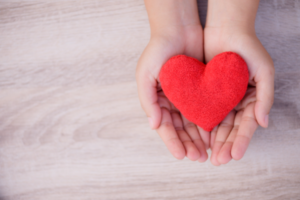 Short of interviewing people at pubs, we instead searched the internet to get an anecdotal reading on what the ‘average person’ thinks about these types of campaigns. Here is a sample of some of the sources we reviewed:

In summary, we found it difficult to gauge whether ‘round up’ to donate campaigns pass the pub test. This is because there seems to be a trust deficit between businesses on the one hand, and on the other, the average customer who is asked to round up and donate.

Having said this, comments on internet forums and the like, seem to generally be quite salty. The findings from our informal research should therefore be taken with a grain of salt.

Benefits of ‘round up’ to donate campaigns

Before diving into the perceived or actual negatives, let’s look at some of the main benefits of ‘round up’ to donate campaigns:

1. They have raised enormous amounts of money for charities over the years.

2. Many businesses will also match, to some or the full extent, the donations made by their customers.

3. Businesses can grow goodwill in their own business by aligning themselves with charities and good causes.

4. Customers can feel good about shopping at a business that helps collect donations for charities. 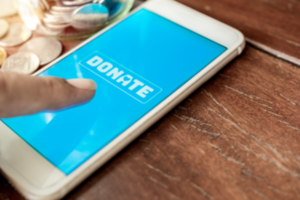 Concerns about ‘round up’ to donate campaigns

The main concerns shoppers seem to have when it comes to round up campaigns are:

1. Corporate greed. The argument many make is that why should the consumer be asked to dip into their pockets to donate when the business could instead sacrifice some of its profits – especially where the business is extremely profitable. Part of this attitude may stem from a lack of awareness on the customer’s behalf about whether the business carries out any form of donation matching exercise. In cases where the business matches customer donations 1 for 1, we think that this would generally be a ‘fair’ compact between businesses and their customers.

2. Charity shaming. This is where customers feel like they are being guilt-tripped into donating at the checkout. See, for example, this clip from South Park which demonstrates an extreme version of ‘charity shaming’ in action. The depicted campaign is not a ‘round up’ to donate campaign but is a similar point-of-sale donation campaign that asks customers for a small donation to be made to charity.

3. That they’re a cynical public relations (PR) ploy. The argument is essentially that businesses are only soliciting donations from customers so that they can generate positive PR. Part of the argument is that the businesses are basically taking credit for the generousity of their customers.

4. Tax write-offs or tax scams. There seems to be a belief that businesses are using customer donations to get a tax write-off or for conducting a tax scam. We think this belief is in most cases unfounded and unjustified.

Roundify provides an antidote to perceived or actual problems with ‘round up’ to donate campaigns.

The Roundify platform flips the script on the traditional practice of rounding up to donate, by instead asking businesses to round down their transactions and to donate the variation to a charity of their customer’s choosing.

If you would like to organise a free trial of the Roundify platform, you can do so here.

What do you think?

Do ‘round up’ to donate campaigns pass the pub test? We would love to hear your thoughts below. Your response will remain anonymous. 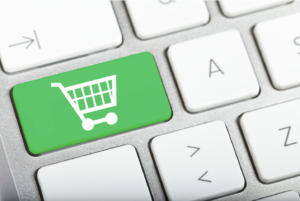 We help brands give back through the simple act of rounding at the checkout. When you tap into the power of rounding, you’re helping to shift the dial for charities and causes that matter.

Roundify is the perfect social impact tool to help set your business apart in a crowded market. Increase customer loyalty by aligning your brand with good causes. Get started on growing your social impact, one transaction at a time.